Have you ever seen a group of excitable puppies and thought they were just the cutest … wanted to gather them up in your arms and take them home with you forever? Well, you’ll know what I mean if you came to the Froize last summer when it was puppy time, but … I kind of got that feeling when meeting / watching and listening to the Rubber Wellies too.

Now, not only am I a sucker for an accent (come on … who isn’t) … but these guys just radiated happiness like sunshine itself. I couldn’t help but smile the whole time I was listening to them from my front row seat. And it wasn’t just because of Harry’s humorous commentary or the fact that they all bounced up and down in rhythm to the music the whole time, but also because each tune bought with it a new quirky flavour or a new form of intrigue … whether it was watching happy Dubliner Christophe play the melodica (with great skill, I might add) or main man Harry suddenly start blowing on the harmonica or kazoo (our first kazoo yay!) or Kate’s gorgeous harmonies sprinkled over the top of Harry’s velvet voice (the sweetest blend ever). Every song had a unique charm of its own. I loved it that Harry managed to get the audience so involved as well. I don’t think I’ve ever heard everyone sing along with quite such gusto before (they were just roaring out the group choruses). Being such an accomplished linguist, Harry even managed to get us all singing along in Spanish in his Mexicana inspired tune (Aye! Aye! Aye! … Very impressed). Two particular favourites of mine were ‘Hit a wall in me’ (the opening song on their latest album Bricks and Feathers which is possibly my no.1 album of the year so far .. I suggest you grab a copy of it) and their final song ‘Roll out the Cannon’ which everyone was still whistling long after the end of the gig. I actually woke up with that tune going round in my head for several days afterwards. Simply brilliant. We really hope to get this happy-go-lucky trio back in the very near future, so keep your eyes peeled for news. 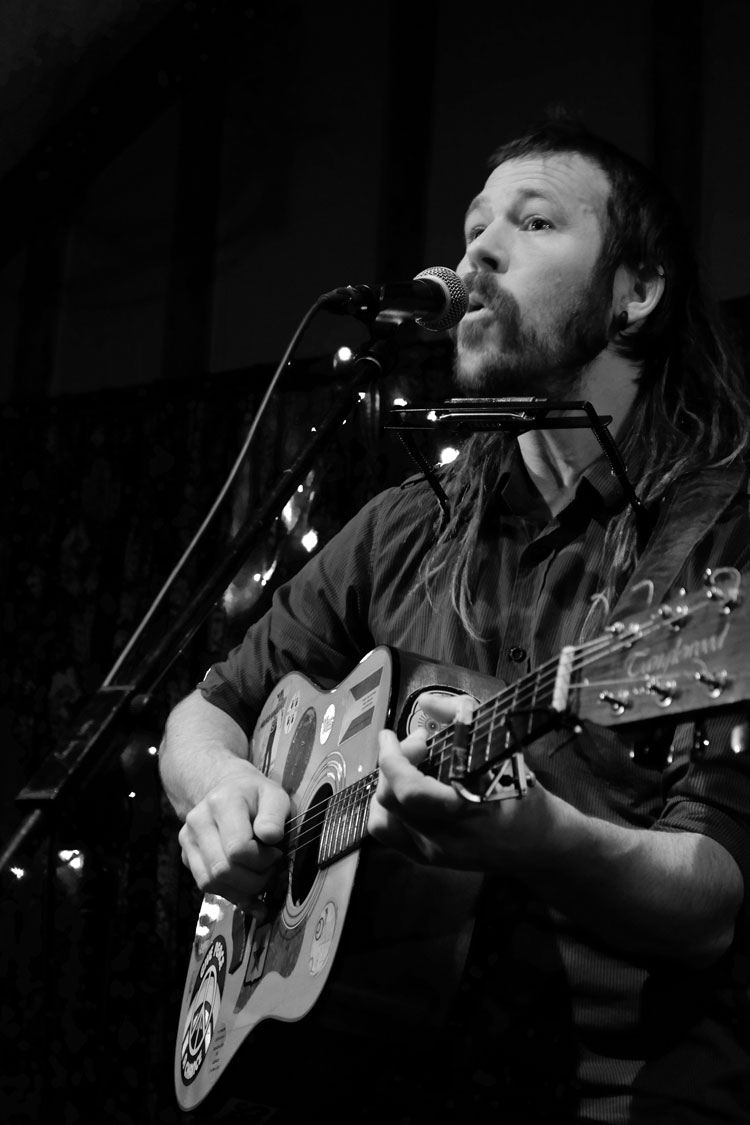 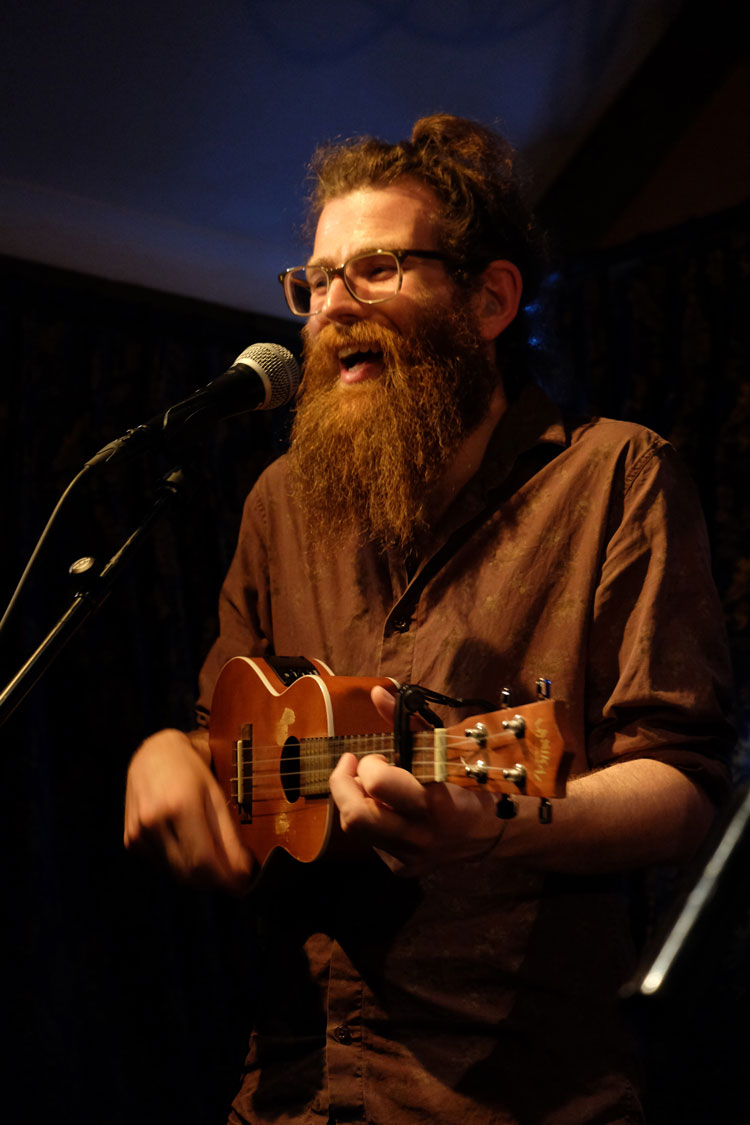 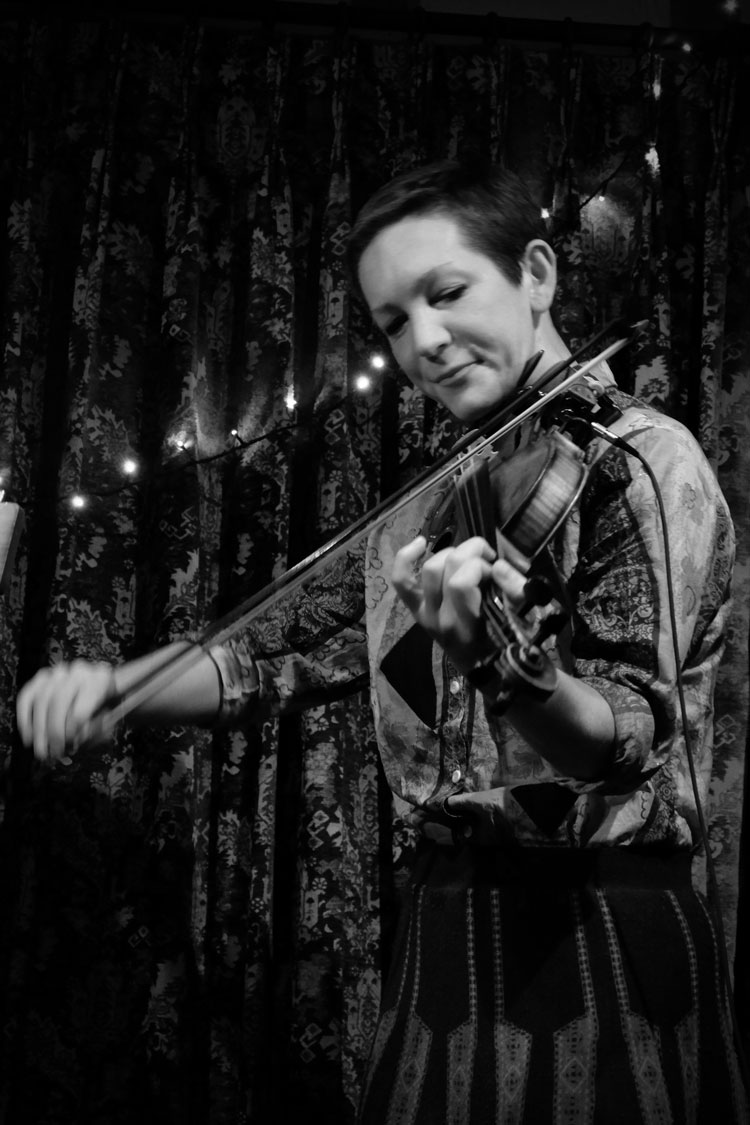 A group of folking enthusiasts from West Suffolk, Ludlum Pikes, featuring Bryan (guitar and vocals), Vicky (violin, whistle and harmonies), Peter (mandolin and banjo) and Bernie (bass and stomp) performed a set of originals and covers with a folk twist to start the night. A couple of tunes that really stick in my mind – their lovely rendition of ‘Lakes of Pontchartrain’ (one of those rare songs that feature an alligator apparently) and also Bryan’s original song ‘Solitary Pig’ with a gentle interweaving banjo part from Peter. If you’ve caught the live music bug and you’re interested in going to more folk events, Peter is also in charge of another folk group over in West Suffolk called the Waveney Valley Folk Collective which you should defintely check out.

Next up on the 21st May we have Worry Dolls who are a tenacious female duo born out of the joint talents of Zoe Nicol and Rosie Jones. We’re very much looking forward to hosting these girls with their Americana vibes and gorgeous harmonies. Our support for the evening, London based Ragged Rebel City.