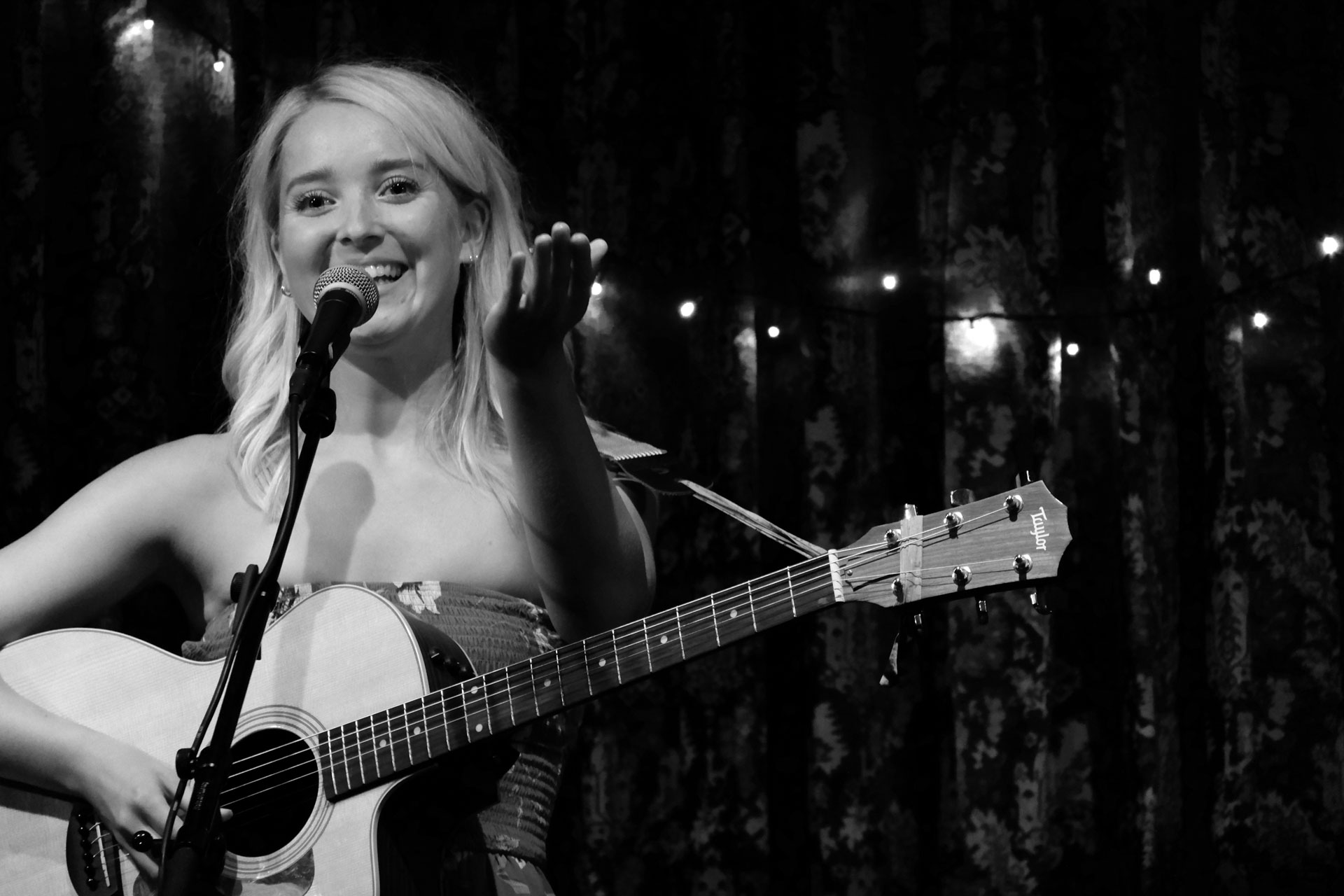 From the 25B bus to a broken camper van

So much has happened over the past month that it feels like forever since Kitty MacFarlane and Charlie Law came to entertain us down at the Froize. What a gorgeous night that was. Like a gentle lullaby for the ears.

Kitty MacFarlane was a delight from the moment she stepped through the door. David was so chuffed that she and her family had been following his Froize Uncovered trail cams online – they hit it off like a house on fire (check out www.froizeuncovered.co.uk for more info on his latest foodie F.U.N venture). Apparently her parents also have trail cams around their homes, so they spend their Saturday nights watching badgers (much better than Xfactor). A young, bright eyed, talented singer songwriter from “the middle of know where in Somerset” (her words not mine), Kitty oozes with passion, creativity and intelligence. She has the most beautiful voice … it’s just so pretty it brings tears to your eyes. She started off her set with a accapella piece ‘Morgan’s Pantry’, a traditional song which highlighted the crystal clear purity of her voice. Inbetween songs I noticed how she almost whispered when she talked to the audience … a very gentle delivery which drew you in, heightened the senses. She told her stories with such ease, adding in humorous anecdotes that belied her age. ‘The Bus Song’ which she wrote at the tender age of 16, was the result of somebody telling her she should ‘write about something you know’ … so “I wish you’d taken the 25B with me” was a fitting lyric for that time of her life, something so normal and everyday, transformed into a poignant insight to a young girls mind.  A lot of her songs are influenced by her connection to the world around her, inspired by nature, her love of wildlife and the sea. I was transfixed by ’The Glass Eel’ – another beauty of a song, with gorgeous finger picking. The new guitar she played it on was apparently just given to her by a very generous man named Dave White, a luthier from Buckinghamshire (lucky girl … if any other luthiers fancy giving away a gorgeous guitar … I can think of a very good home for one). For her first time performing in Suffolk, I think Folk at the Froize was the perfect introduction to our fine county and I think I can safely say that everyone left that night having fallen slightly in love with Kitty MacFarlane. 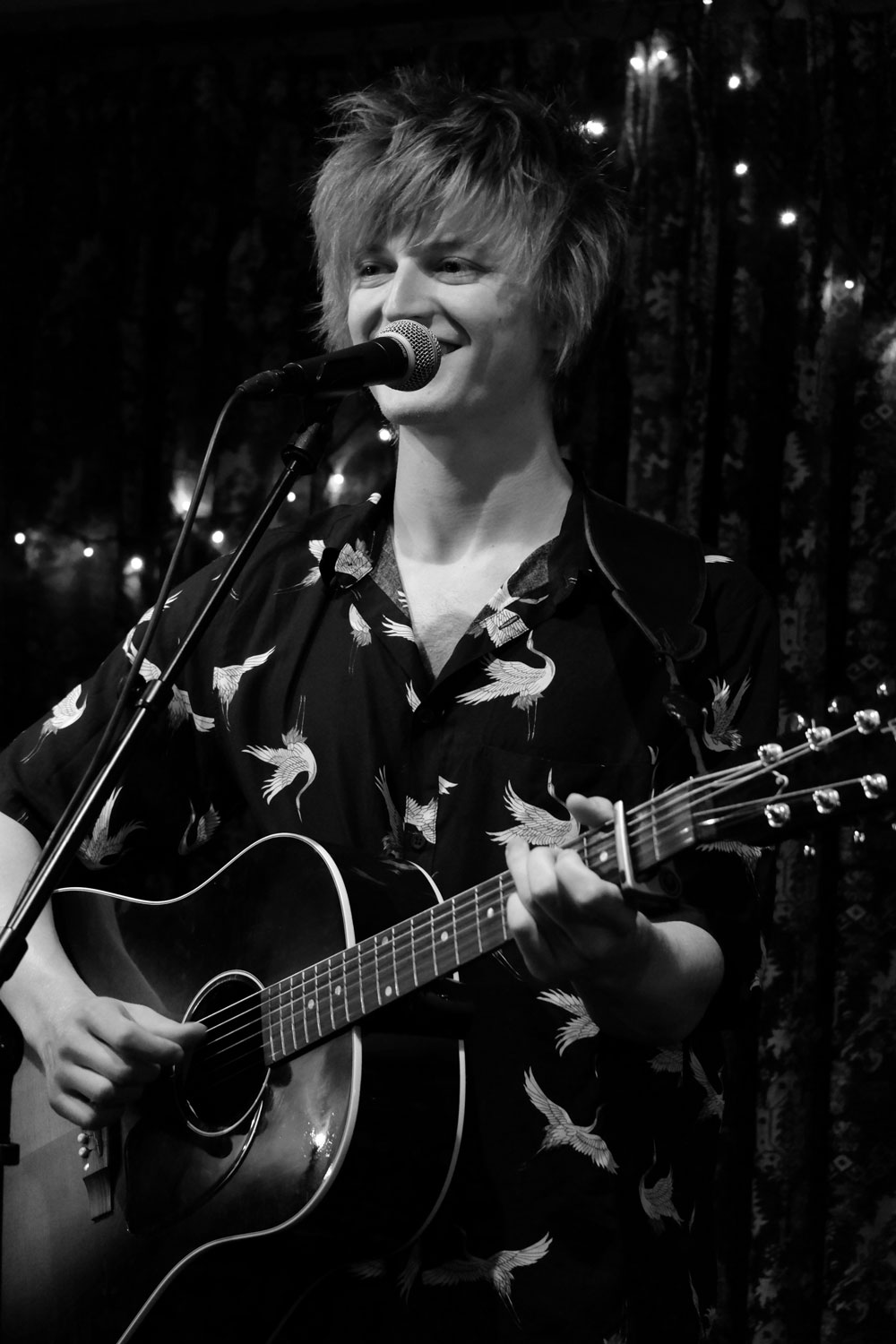 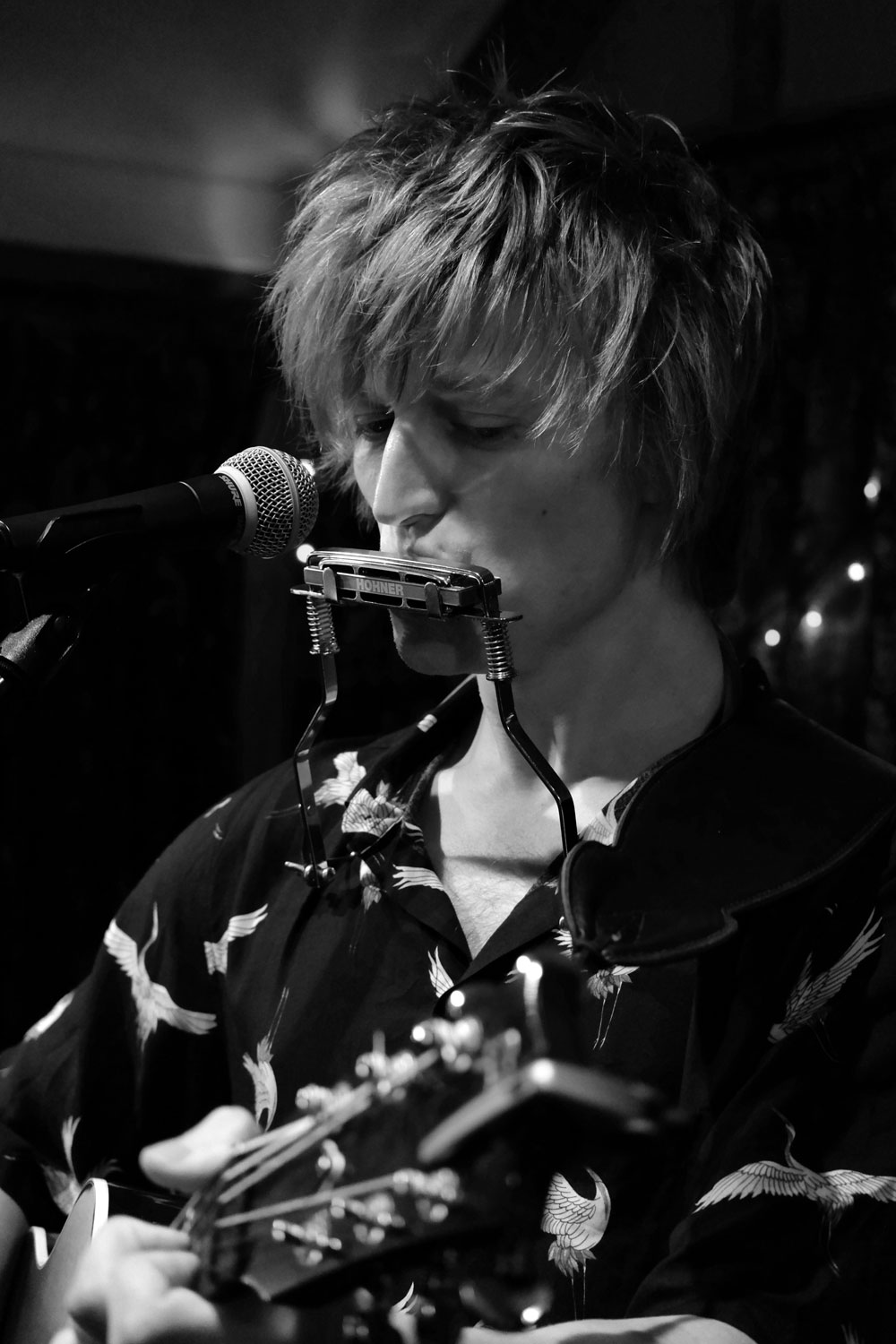 Charlie started us off that night with his charming, professional ease. He always manages to make me smile. He has a great way of connecting with his audience, almost by acting the fool, but he manages to draw you in and make everyone feel like they are a part of the show. I remember someone telling me once that being a performer is 50% music and 50% stand up … well … I always think Charlie handles both elements of this theory like a pro. The last time Charlie played down at the Froize was Christmas 2014 … our first ever ‘trial’ of FATF. It was such a fantastic night that David developed it into the Folk at the Froize we know today. Since then, Charlie has moved away to London to pursue his musical career, regularly gigging and busking throughout the capital. I saw him a couple of months ago in Ipswich and he told me about his new EP and how much he missed playing his original material, so I thought it was the perfect opportunity to get him back to the Froize. He had us all singing along, tapping our feet, laughing and crying at times … he’s a wonderful entertainer, a very talented songwriter and lyricist. We wish him the best of luck with his latest EP release (which was launched officially on the 13th July at the Angel in Woodbridge). A particular favourite of mine was his revival or ‘rewrite’ of the broken camper van song … which I just loved from the very first second I heard it … such a well written song … sadly his camper van is no more and he’s swapped it for a ford galaxy (slightly less rock and roll … but certainly more reliable)… which, of course, he had to feature in the rewrite of the lyrics 🙂

Tonight we are going to be hosting yet another sold out show with Stables with support from Peter Hepworth. Hope we will see you there, and if not, maybe see you at one of our other events further down the line. We’ve got loads of exciting performances lined up for you this year. Don’t forget to book your tickets for our brand new venture ‘Folk on the Farm‘ featuring Greg Russell and Ciaran Algar and The Willows (20th Oct). And also our exciting collaboration with Leiston Film Theatre to bring you ‘Folk at the Theatre’ with Sam Kelly & Friends with support from Alden Patterson and Dashwood (22nd Sept).