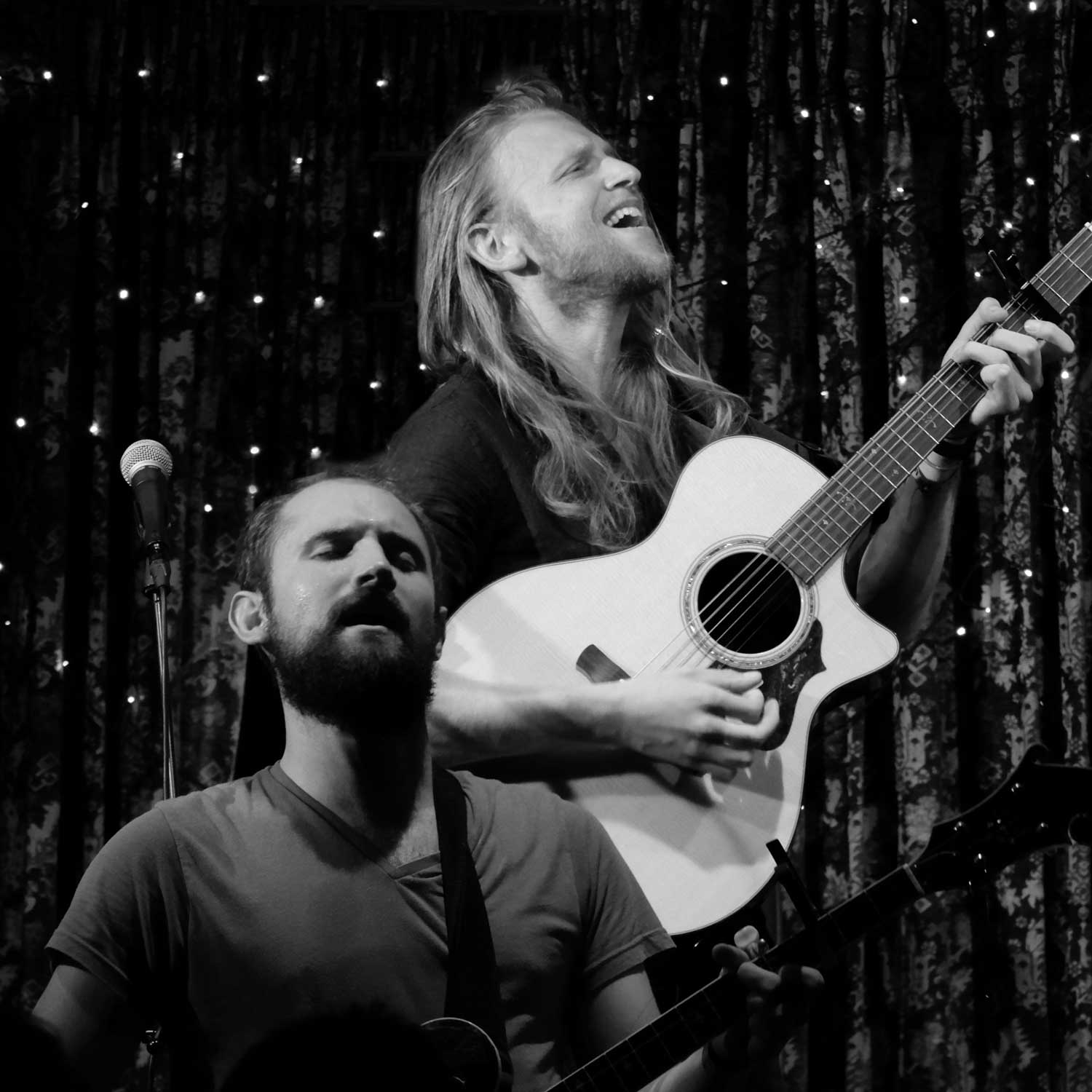 Just over two weeks ago, seventy plus people packed into a transformed dining room and enjoyed yet another rather special night at the Froize in Chillesford. It was an extra twinkley one (due to misplacing the normal fairy lights and having to use about a 100m length of the tangled things … good job I’m patient … and thank you to Mrs Bell for assisting me with the untangling … I’d probably still be there now) but it was also a special one for David in particular, as he was welcoming Matthew Lowe back into the fold like a long lost son (Matthew is a member of ‘Keston Cobblers Club’ – a band who played at David’s ‘big’ birthday bash a couple of years ago (some of you may recall)). The boys (Stables) were keen to repeat a similar experience to that night, so pre-gig, put up their tent to spend the night star gazing in the Froize garden.

Matthew and partner in crime, Dan Trenholme, were so warm and friendly from the moment we met, greeting me with hugs as if we too, were old friends (it’s very rare that happens, so I was rather touched (no pun intended)). They’d just driven all the way from Cornwall having gigged there the day before, but they still had so much enthusiasm and spirit (if I were them, I’d probably be a walking zombie after that drive … ohhh what it is to be young). I loved Matthew’s opening comment thanking David for “putting in a dance floor” (made me titter) and then BANG (literally)… in they came with ‘Oh Lucinda’ (although, forgive me, I’m not sure if that is the actual track name) … a song which showcased their strong vocals, penchant for glorious harmonies and love of rhythm (I’m a rhythm and harmony addict so I was in heaven from that point onwards). Dan certainly had a lot of energy on those drums! Actually … on everything he played to be honest … tambourine, shaker, floor tom, ukulele, kick drum, guitar and glockenspiel (a first for FATF). Infact, it made me laugh because they were soooo high energy, Matthew kept telling us how exhausted and out of breath he felt! Poor boy! They both gave us 110% … can’t ask for much more eh! Matthews strong and distinctive vocal was balanced by Dan’s softer harmonies. A lovely blend of voices … very easy on the ear. I particularly enjoyed their slightly latino version of ‘Walking on the Moon’ (it’s always good when a song you’ve known for ages surprises you). I enjoyed their easy chatter on stage and particularly that they call themselves “an indie band who are completely dependant on their parents” (teeheehee … I think all musicians have been there … although they wouldn’t necessarily admit it … nothing like a bit of honesty). May I also just congratulate the boys on being the first ones to use our ‘backstage area’ before their encore (a.k.a. the garden via the fire exit)  .. genius. Stables are definitely a band you should keep your eye on … I can see great things in their future (seriously … I could give Mystic Meg a run for her money (remember her from the late 90’s … ooo … that makes me feel reeeeally old)). I must say, I’m enjoying their debut album ‘Beyond Brushes’ very much … if you didn’t manage to pick up a copy that night, you can do so by ordering a copy from their store: click here. 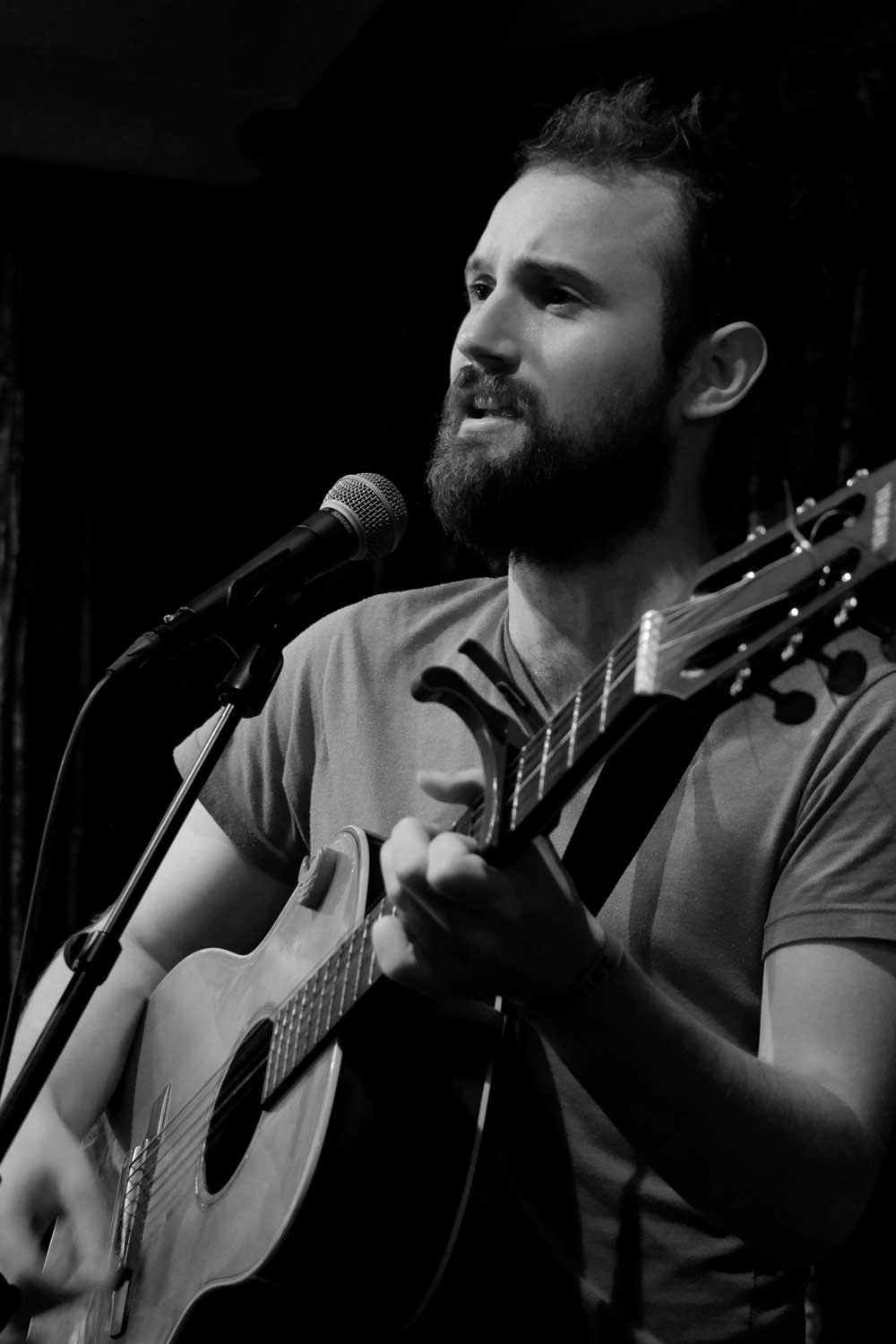 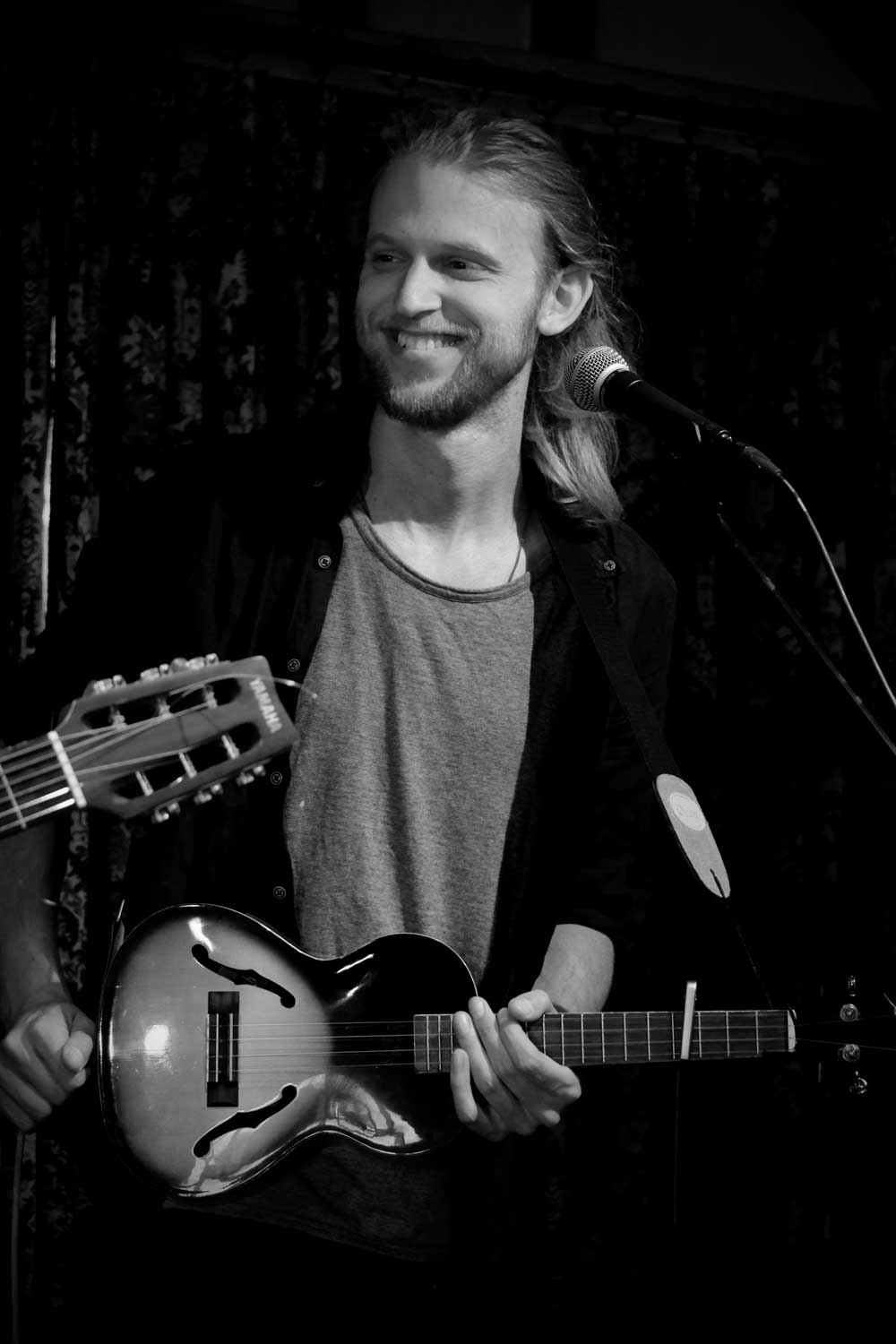 Our support that night was Peter Hepworth, a local singer songwriter based in Woodbridge and a friend of mine who was a great support when I began my own songwriting venture. I met him back in 2012 and he was so sweet from the off, asking me to perform alongside some amazing artists that he was hosting / promoting at the time. It felt great to finally be able to offer him something in return … the opportunity to share his own creations with a listening, appreciative crowd. For so long, I didn’t even realise that Peter was a singer himself (he kept it very quiet), I just thought he was a really top bloke, with a really ace van who lived on a really awesome boat (uber cool) and yet, here I was … finding out that he had a song that reached the top 100 in Switzerland! But it turns out he had a 7 year break from performing (which makes me feel slightly less like a terrible person for not knowing) and I think it’s fantastic that he’s returned to it because he truly has something special. His songs are sweet, lighthearted and confessional at times … funny tales about dates to Southward pier (‘Edible nuclear waste’ (great title)), interspersed with jazzy songs about ‘melting like a snowman in Mexico’. His manner on stage was charismatic, easy going and relaxed … his stories had people laughing … crying … he even got us singing along too! Peter has recently been recording an EP at Old Jet on Bentwaters (seriously awesome arts centre you all need to check out). His music is available to listen to on soundcloud and he regularly gigs in the local area … so make sure you try to catch him at another venue.

Next up in August, we’ve got Tannara, a four piece from Scotland who will be bringing us their own blend of contemporary folk (scroll down to watch a video). Support will be provided by Tilly Moses (a.k.a. Tilly Dalglish) who has just released her debut album. We hope (fingers crossed) to host this one outside in the Froize garden (let’s all pray for a day of beautiful sunshine and a balmy summers evening)… but make sure you come prepared with layers, just incase the good ole British weather decides to behave as unpredictably as normal 🙂

Until then, take care. 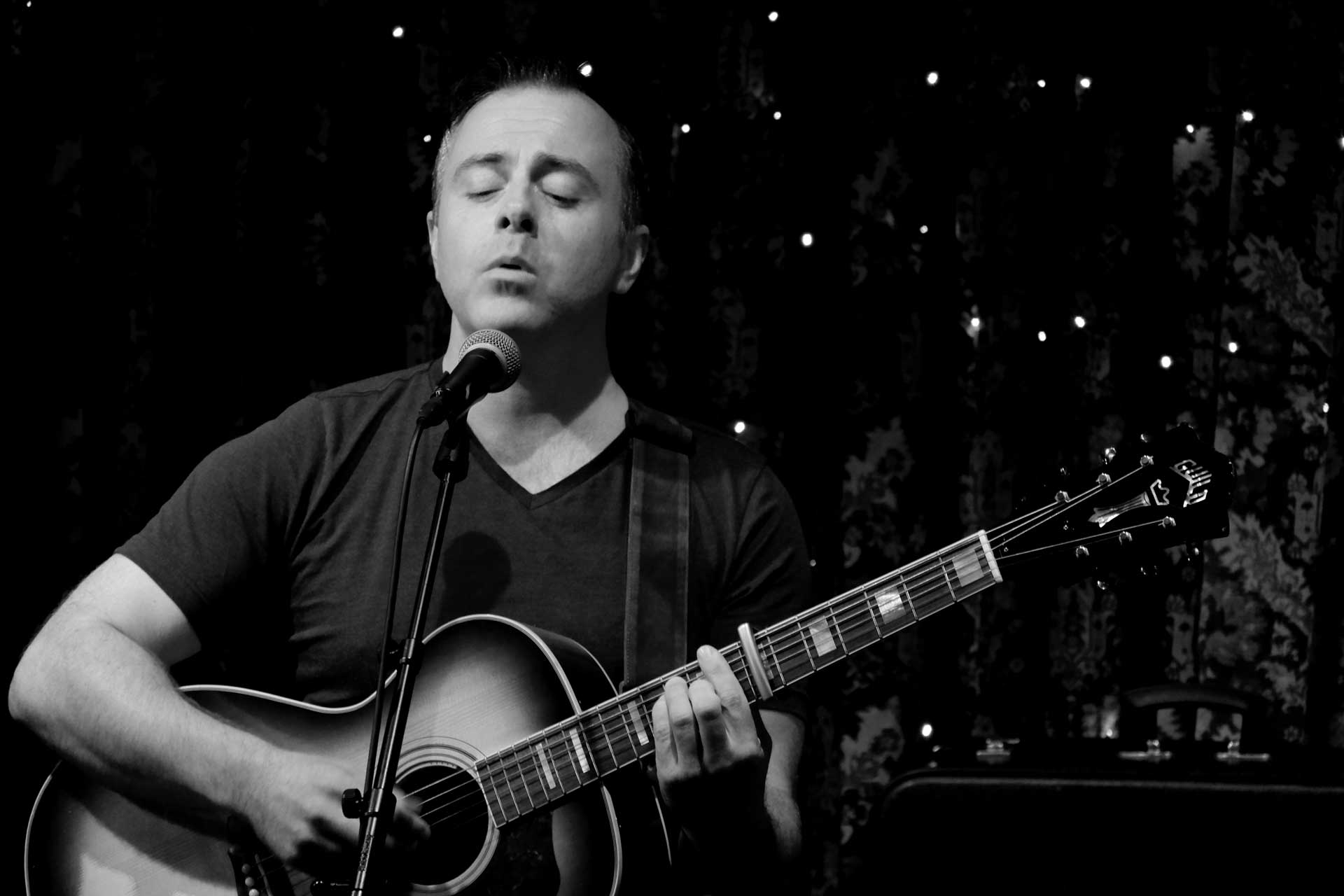