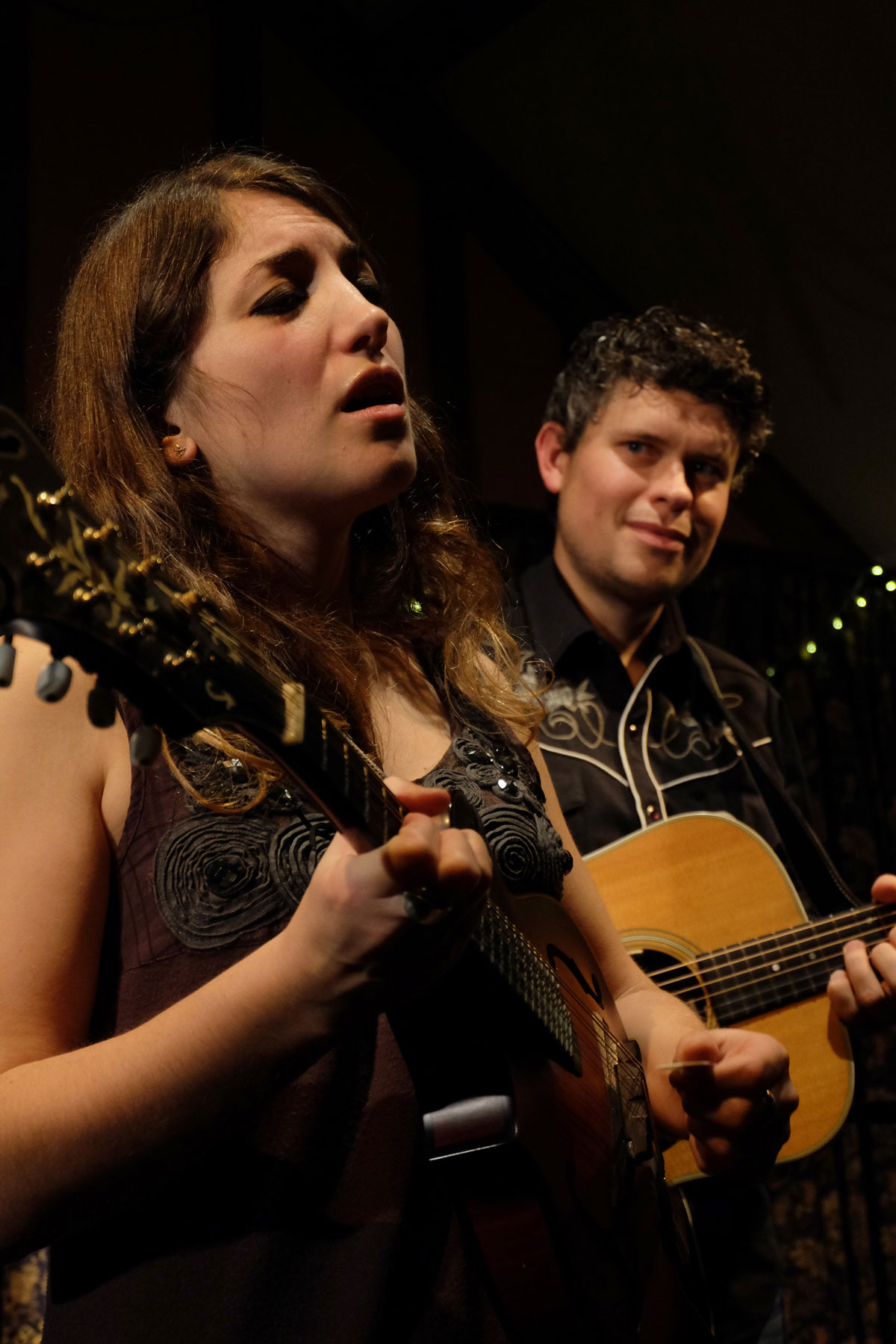 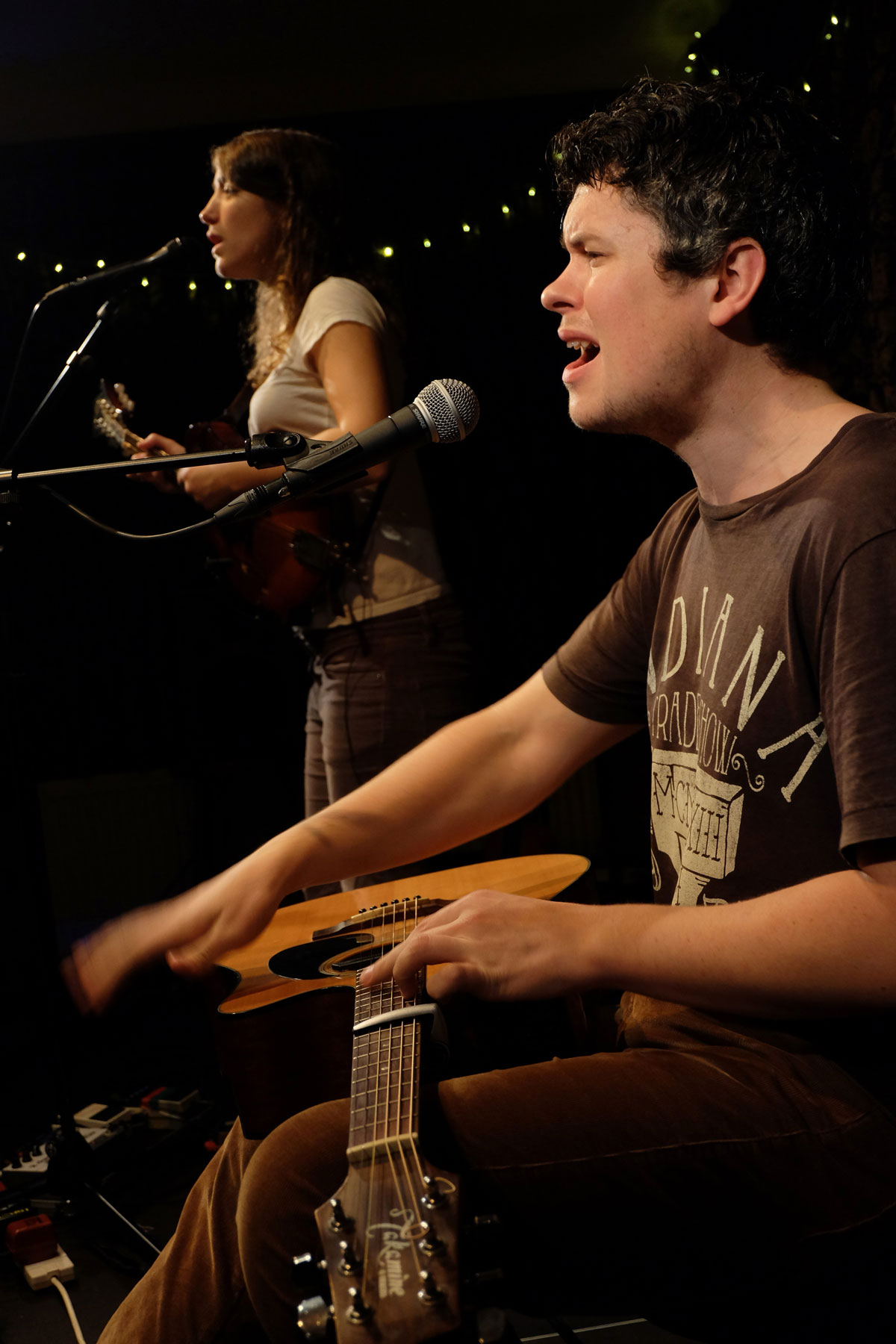 Scooters in wardrobes and Jack O Lanterns at our Anniversary event

Is it really three weeks since the wonderful Gilmore and Roberts graced our stage? It doesn’t seem possible that it’s only two days until our next event which sees us welcoming Andreas and Rune on their first tour from Demark (we’re very honoured to be the first stop on their tour).

Weren’t Katriona and Jamie special hey? After hearing them at FolkEast earlier in the year (when you might recall they got blown off the main stage … well, not literally) .. I knew we were in for a treat, and they certainly didn’t disappoint. The duo performed with such professionalism and ease, the sort that only comes from a decades worth of live gigging. It’s actually quite hard to believe, looking at their young, fresh faces, that they could have been playing together that long! But, their well crafted set, laid back delivery, light and entertaining chit-chat plus their clever musical arrangements speak of a couple who know their audience well and give them exactly what they want.

A personal favourite of mine (given that it was halloween) was the ‘Jack O Lantern’ song (which btw, sounds awesome on their album) … and the delicately performed ‘Ghost of a ring’ which they performed ‘unplugged’ (and I was sitting at the front … best seats in the house folks … I recommend them) … but there were so many others … The Stealing Arm … Doctor James … Cecelia (and nope … i don’t mean the Simon and Garfunkel version). For a duo … they manage to create a full and diverse soundscape … giving a contemporary, rock edge to the folk genre.

As a person who appreciates live performance so much more when I’m able to watch a musicians fingers as they play, I must just take a moment to mention Jamie’s fantastic percussive guitar techniques. At one point he went into a drum and bass rhythm which left me with my jaw on the floor. Skills! Massive thanks to both Gilmore and Roberts for coming to play for us (and a little birdy tells me that they might be returning in 2018, so keep your eyes peeled for more news). 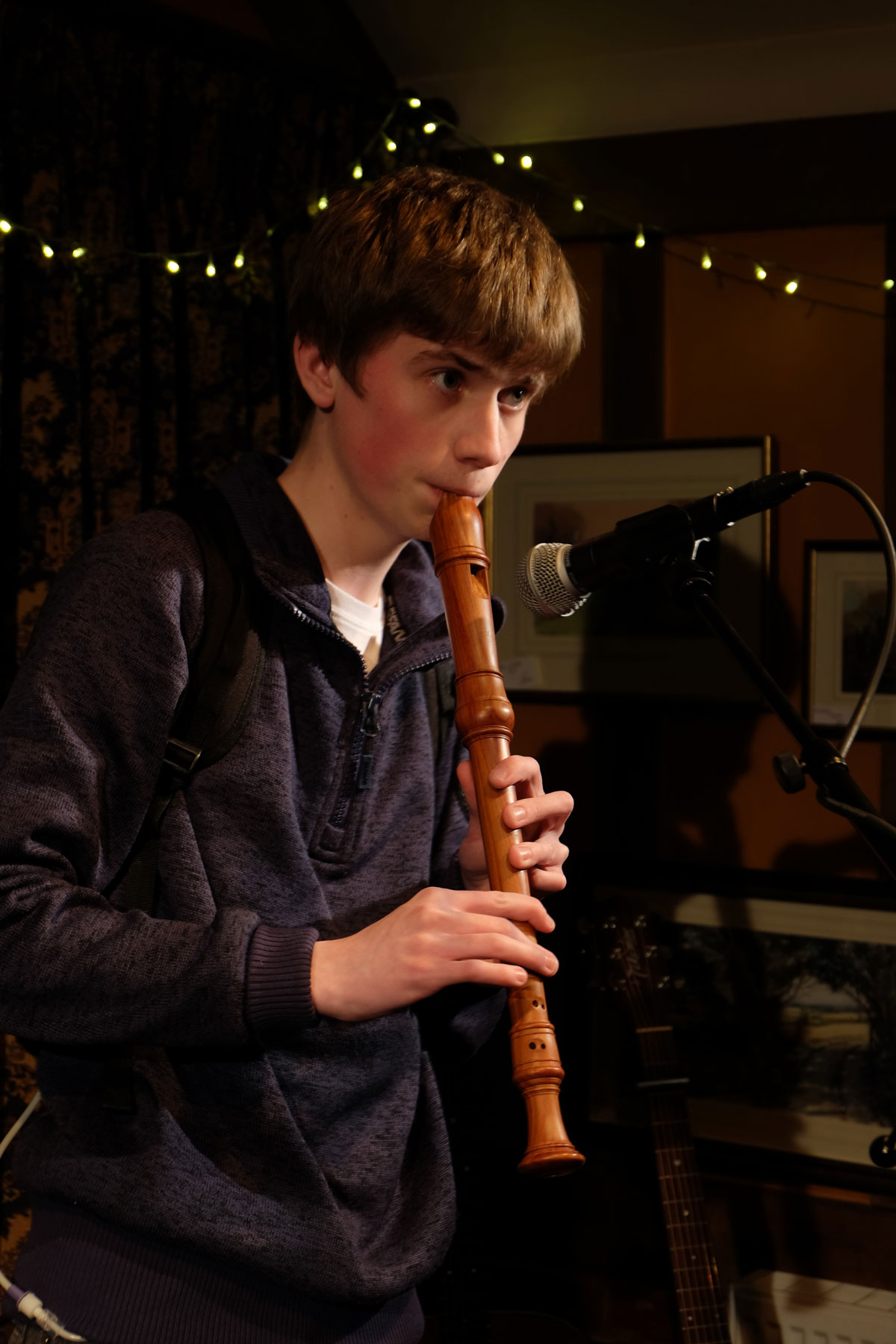 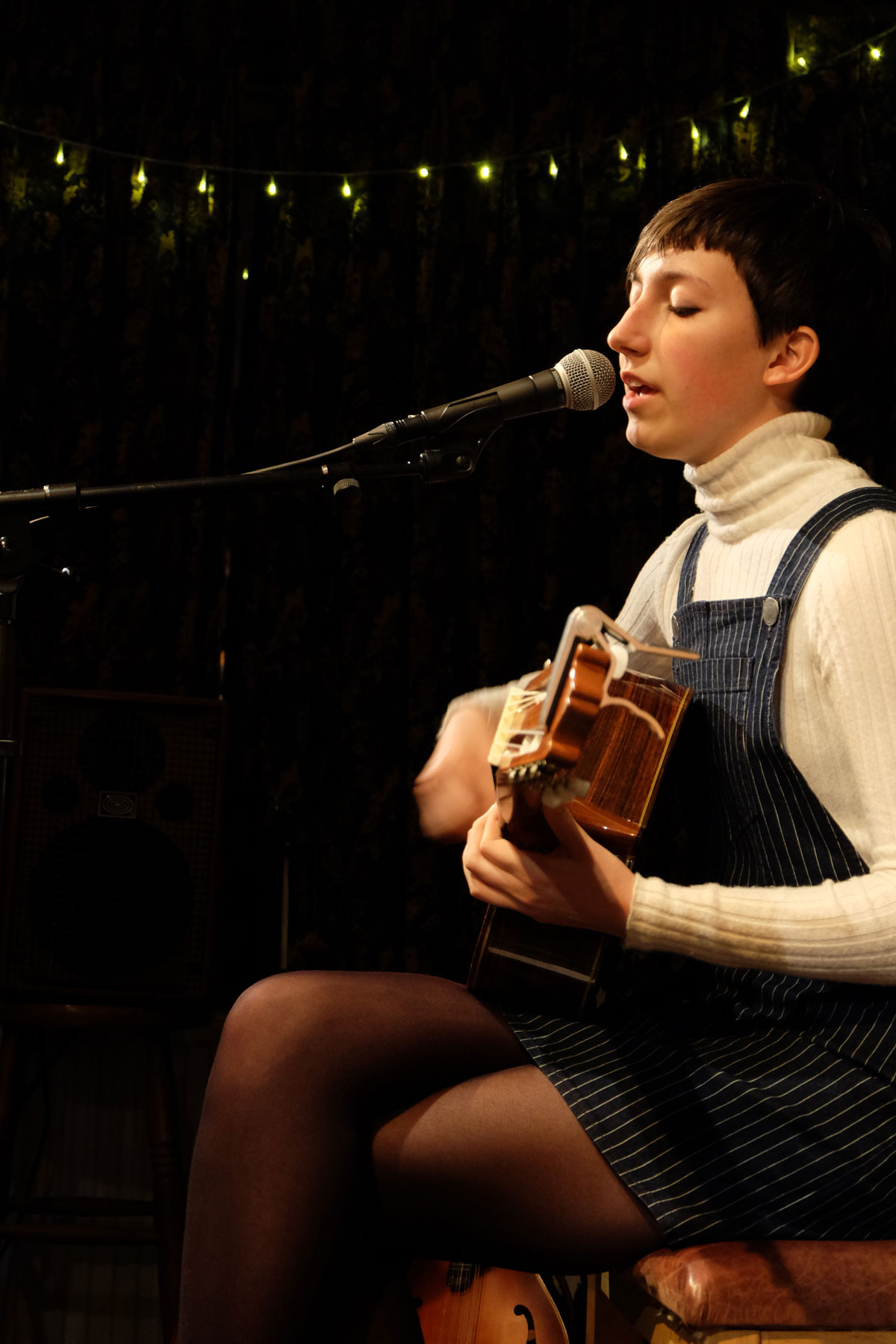 Our support on the 30th were Georgia Morgan-Turner and Finn Collinson who perform as ‘Shorelark’. At the tender ages of just 16 and 18, Georgia and Finn perform at such a high standard, they sent shovers down my spine. Georgia’s pure voice is just gorgeous, and woah … can Finn play that recorder! I particularly enjoyed ‘2 scooters transported in a wardrobe (one of which has a broken headlight)’ which received rapturous applause. Finn kept whipping out recorder solos of epic proportions. A real treat for our audience who were on top form that night, with the ‘joint inny’ song that saw us all singing ‘Can’t do that’ over and over. I must say, it’s a joy to be able to support young, up and coming artists at Folk at the Froize. I know as a performer myself, that a listening audience is a real diamond … rare, but very beautiful … so thank you to each and every one of you for being so attentive and welcoming to our artists.

Now … onto the next event. As I said, we are being joined by our Danish friends, Andreas Tophoj and Rune Barslund on Sunday. You’ll find a little taster below. I think the event is pretty much sold out now, but there may still be a chance to squeeze you in, so give David a call on 01394 450282.

Support will be from 23 year old Oliver George, who is a singer songwriter from London. Jon and I came across him at  gig we performed in Cambridge earlier this year and I instantly fell in love with his songs. So laid back … so well delivered. It’s sure to be a real treat.